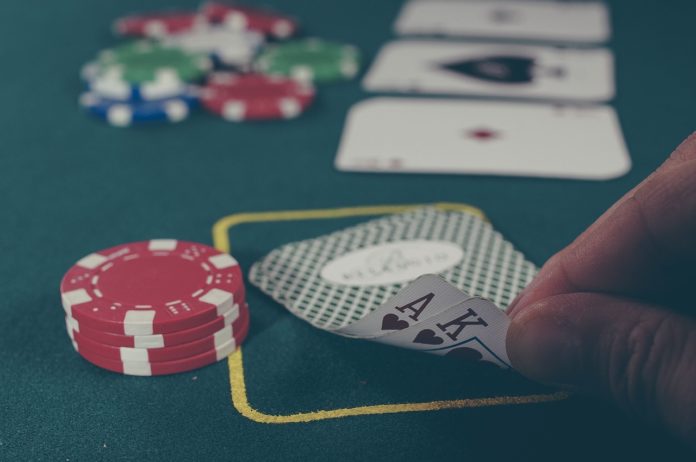 With much of the UK population being told to stay at home over the past 12 months, most people would have expected gambling participation to have increased. But Isaac Seelochan has looked at the latest official data which reveals that fewer people have gambled since the country first entered lockdown.

When lockdown first struck Britain in March last year, many would have bet good money that gambling would only rise as people unexpectedly had more time on their hands.

But data from the Gambling Commission about the UK’s gambling habits since it first went into lockdown a year ago have revealed a very different story.

Over 4000 adults aged 16 and over from across the country were surveyed on their attitudes towards betting.

Overall participation in gambling over the last four weeks fell to 42% in 2020 – a 5% decrease compared to the previous year.

Participation has fallen further in the first few months of this year to 40%.

The national lottery is by far the most popular form of gambling and removing those statistics shows that overall participation has fallen to just 28%.

Dr Naomi Muggleton of the University of Oxford’s Department of Social Policy and Intervention has previously led research on gambling behaviour in Britain and believes the latest data does not tell the full story.

She said: “The pandemic has really changed the way in which people gamble.

“On the whole it may look like gambling is down, but I would imagine that for some people, the stress of lockdown will make them more likely to gamble.

“There will be some who are casual gamblers who may be gambling less so I think that maybe hiding the real impact of covid.

“Going forward a lot of the older individuals who are more likely to go into betting shops will switch to online gambling and I imagine it will continue that way.”

This is supported by the Gambling Commissions data which reveals that online participation increased in 2020 as it rose by 3% to 24% and remains the same this year.

When it comes to the amount of money people are willing to risk, the low-risk rate has significantly decreased from 2.7% to 2% in the last year.

Dr Muggleton believes that the change is based on people’s income during the pandemic.

“The amount that people gamble is higher among high earners because you have more of a disposable income,” she says.

“But the amount that takes up your monthly budget is higher among lower-income people because they have less of a disposable income, so any gambling is going to take up quite a large amount of their monthly budget.”

The overall problem gambling rate so far this year is 0.4% compared to 0.6% last year, but despite there now being more awareness over gambling addiction Dr Muggleton has criticised the tone of some advertising campaigns.

“When you tell people to bet responsibly the undertone is that people who have a problem aren’t people who need help, but they’re irresponsible people.

“I think it’s quite harmful to think about it as something that is just affecting a very small proportion of people and everyone else is having a good time.

“What we find is that there is more of a continuum, and every bit of gambling is associated with a bit more harm, in a similar way as thinking fast food is okay occasionally but each extra bit of junk food gets increasingly worse for you.

“There isn’t a threshold for when it becomes a problem.”

The closure of bookmakers resulted in a 9% decrease when it came to in-person gambling last year compared to 2019 as just 26% of adults surveyed had gambled this way.

And in-person participation remains slow this year according to 20-year-old Joshua Richmond, acting manager of the Mansfield Road Coral shop.

“We’re sometimes busy on a Saturday but we’re only allowed to have eight people in the shop at a time and we’ve not had that many in here anyway since we re-opened,” he says.

“We get the same people coming in most days but sometimes we get a few new people.”

Of those surveyed who had gambled, 45% were men with those aged between 45 and 54 being the highest percentage of gamblers at 48%.

The youngest age group surveyed (16–24-year-olds) have the lowest percentage of participation at just 31%.

But Josh has seen a broad range of age groups entering his shop since they re-opened.

“All sorts of people have come in here,” he said.

One of those coming into the shop for a punt was Kim Walston from Arnold who gambles intermittently.

The 30-year-old said: “I don’t gamble online so when lockdown happened, and the shop was shut I didn’t do anything.

“I’ve probably come in less since they re-opened because I’ve got used to not betting during the months they’ve been closed.

“I’ve only been gambling for about a year and I don’t know why I started to be honest.

“I have a flutter now and again but only about 20 quid a month so I’m quite sensible.”

Many will be concerned about the effects of the pandemic on both gamblers and the industry as a whole but only time will tell if covid has changed the way people gamble in Britain forever.