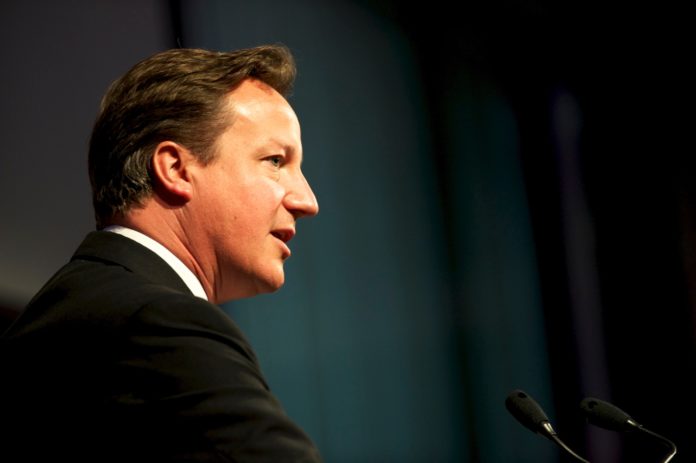 David Cameron’s private appeals to government ministers on behalf of Greensill Capital have provoked a barrage of national media coverage and thrusted lobbying into the public debate. But your local councillors might also be closer to corporate lobbyists than you would expect.

There are a few stand out options if you’re a politician looking for a side-job or have stepped back from public office.

Writing an explosive memoir, swanky after dinner speeches, or as former Prime Minister David Cameron did you can step into the world of lobbying.

Constant, seemingly unending scandal has embroiled the politician since the details of his private drinks and text messages with ministers about his employer Greensill Capital were revealed, fuelling debate about the potential influence of lobbying on government.

But in the sleepy villages and market towns far away from the lofty halls of Westminster, there are worries that there is even less scrutiny.

In Tamworth, Staffordshire last July concerns over links between councillors and business interests led to the suspension of the town’s outspoken former mayor.

Now standing as an independent candidate for councillor of Mercian Ward, Councillor Richard Kingstone quit the Conservative party after being suspended from the Tory council’s controlling group for publicly objecting to a planning development.

The contentious planning application intended for 141 homes to be built on Coton Lane by Maplevale Homes.

The consultation process though was carried out by Corkscrew Communications, for which Chairman of the planning committee, Councillor Peter Thurgood, is a director.

After declaring his employment Coun Thurgood had to be replaced as the meeting voted on the application and two other councillors on the committee also declared an interest and stepped away as they had previously or still did work for the company.

Although these councillors followed correct procedure by declaring their interests and have defended their conduct, Coun Kingstone was alarmed at the closeness of the relationship behind the successful application.

He said: “It boils down to perception, perception is everything.

“To keep the political standard fair and neutral you need to make sure that you do things properly and appropriately.”

Kingstone had been a Conservative councillor for eight years, serving as mayor two times from 2014 to 2015 and then later from 2019 to 2020.

“They hadn’t done anything legally wrong at all, but I genuinely do feel that morally they’d not behaved appropriately.

“They’ve acted within the guidelines, but what happens is that the public loses faith, and it leaves the process seeming a bit dirtier to them.”

A recent Transparency UK report into the risks of corruption in local planning from last July found that at least 72 sitting councillors across the UK are currently or used to be employed by companies in the housing and planning sectors.

Coun Kingstone was surprised by the prevalence of local lobbying revealed by the report.

He added: “If you are a sitting councillor on the planning committee you do know the thought processes of other members, so it’s dead easy for you to advise applicants to alter the wording and give them coaching.

“We need to stop that, it needs to be fair, and we need to be better.”

Local politicians are guided by the seven Nolan principles, which apply to anyone in public office and outline integrity and objectivity as key parts of serving the public properly.

But Coun Kingstone doesn’t believe this is enough to ensure public faith in the integrity of councillors.

“We’ve got to tighten up the councillors code of conduct.

“We need to look again at how they’re interpreted and make it clear that if you’re going to do consultation or PR work go and do it in a different area where you’re not elected representatives.

“If this is the case wider across the country then we’ve got a big problem on our hands because the fairness of the planning process seems to be in jeopardy.”

Despite upcoming inquests into central government lobbying, lobbying expert Tasamin Cave lacks optimism that the problem will be addressed on a local level.

The co-author of A Quiet Word: Lobbying, Crony Capitalism and Broken Politics in Britain and campaigner with public interest investigation group Spinwatch, said:

“Brutally, no this isn’t going to change anything, the current inquiries are either really wide ranging and in danger of being meaningless or really narrow.

“Unfortunately, local lobbying is one of the least scrutinised bits of the lobbying industry.

“Instead of employing former Prime Ministers you can hire former or sitting Councillors, because there are no rules that prevent somebody chairing a planning committee while having a financial interest.”

The idea of a ‘revolving door’ existing between politicians and lobbyists, from which they can move freely between both worlds creating conflicts of interest, has long been a concern for campaigners.

Unlike within central government where ministers are not allowed to take a job lobbying within two years of holding office, there is no equivalent applied in the counties, boroughs, and parishes of the UK.

“There are lots of reasons why it doesn’t get the scrutiny it warrants, partly because you get these frequent but isolated incidents.

“Whereas there is a degree of scrutiny in Westminster and because there have been frequent scandals is does serve to clean it up a bit.

“In local government for decades this influence industry around planning has grown up and is the sort of place you could imagine that sort of grubbiness still existing.”

Three select committees are investigating the ongoing Greensill scandal, including the Committee on Standards in Public Life.

However, this brief enthusiasm over combating lobbying like previous efforts looks unlikely to reach the local level.