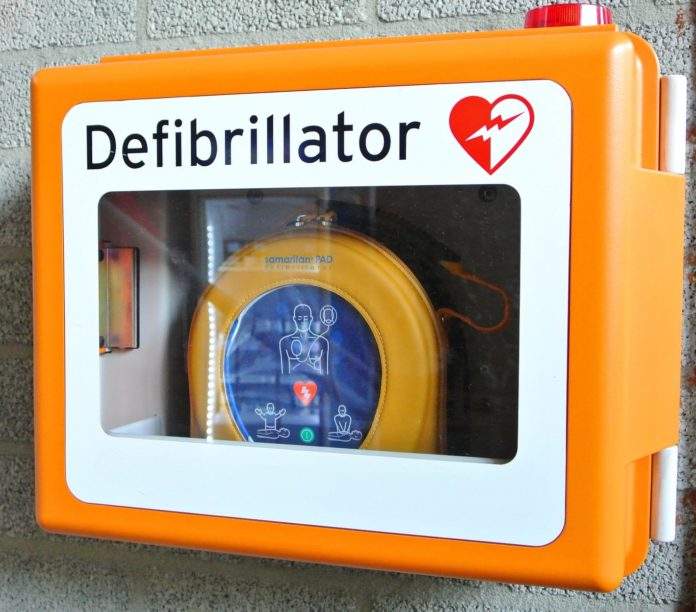 The chairman of a Nottingham-based football club has called for all grassroots football clubs to have access to defibrillators.

Carlton Town FC, who play in the NPL First Division East, have had a defibrillator at their club for a few years, after the tragic death of a player at another non-league club back in 2016 inspired them to hold a fundraiser.

Defibrillator access at sporting clubs and facilities is currently being discussed up and down the country, after Danish star Christian Eriksen suffered a cardiac arrest mid-game in their Euro 2020 opener against Finland.

The Inter Milan player had to be defibrillated on the pitch, with the distressing scenes sending shockwaves throughout the sporting world, leading to calls from various organisations for widespread access to the potentially life-saving equipment.

Carltown Town Chairman, Mick Garton, said: “We’ve got a defibrillator. There was a player that died a few years ago for a club called Shaw Lane, after which we had a fundraiser to raise money for a defibrillator.

“We also raised a bit extra and sent it over to the player’s memorial fund as well.

“I think it’s important that every club should have one at this level, if you look at what happened with Eriksen, if that had happened a few years ago he probably would have died.”

The Terrace, an online football store which specialises in retro and fan culture sports merchandising, has launched its very own campaign to fundraise for the cause.

The Lifesaver keyring campaign involves the purchase of a keyring which features a reverse kit with the basic guide for CPR, with all profits going towards funding defibrillators for grassroots football.

Carl Sewell, Director of The Terrace, said: “We launched the campaign as it sits firmly behind our ethos of our brand, we must give back to the community that created us.

“All profit from the item goes towards funding defibrillators for grass roots football, with 4 funded already in 48 hours.

“Seeing the scenes last weekend on a globally watched level with medic teams on hand, showed how crucial having the right equipment is.

“Sadly at grassroots level this equipment is too expensive for clubs that already have extremely tight budgets, despite cardiac arrest being a risk to anyone, not just at the elite level.

“The defibrillators are a need not a desire, the campaign has been received so well and the support shown from fans globally has been phenomenal.

“We also funded one defibrillator ourselves at our cost, to Rowsley 86 in Derbyshire and we are delighted to reveal this arrived today, with the club now having the equipment they need in an emergency.”

If someone suffers a cardiac arrest, the use of a defibrillator while awaiting the emergency services could very well save a life.

When a defibrillator is used within the first minute of cardiac arrest, the survival rate can be as high as 90%, but these chances drop by 10% for every minute that goes by.

To find out more about The Terrace’s Lifesaver keyring or to purchase one and support the campaign, click here