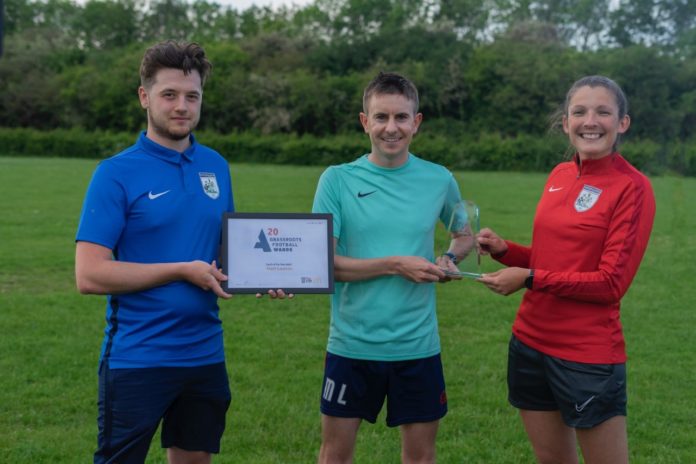 A pair of lower league football managers have been named the adult and youth grassroots coaches of the year.

These awards recognise achievements from the 2019/20 season, but the presentations were delayed due to the Covid-19 pandemic.

Matt Lawson, coach for Bingham Town Ladies FC, received the award for his ‘commitment and passion’ to his craft.

Lawson spoke of how important the award is to him.

He said: “It means everything, it’s shared with all the other coaches.

“We’ve got a load of good coaches at the club and we share it with the players as well.

“I’m really grateful for it, so I want to thank everybody very much.”

Broxtowe United under 11 coach, Ben Leverton, is also to be presented with an award for the youth coach of the year.

Described as an “all-round good egg” Leverton had his staff to thank for the award.

He said: “This award means everything to me, I’m very passionate about coaching.

“I just want to say a massive thank you to the club and also to the players for supporting me through my coaching journey.”

Marc Birkett, Football Development Officer for Nottinghamshire FA, spoke of the organisation’s gratitude towards the coaches.

He said: “It is a great pleasure that we can reward both and Matt and Ben for the excellent work within their clubs and being true grassroots ambassadors for the game.”

While these are the delayed awards for the 2019/20 season, Nottinghamshire FA will be rewarding the current season awards in a few weeks.