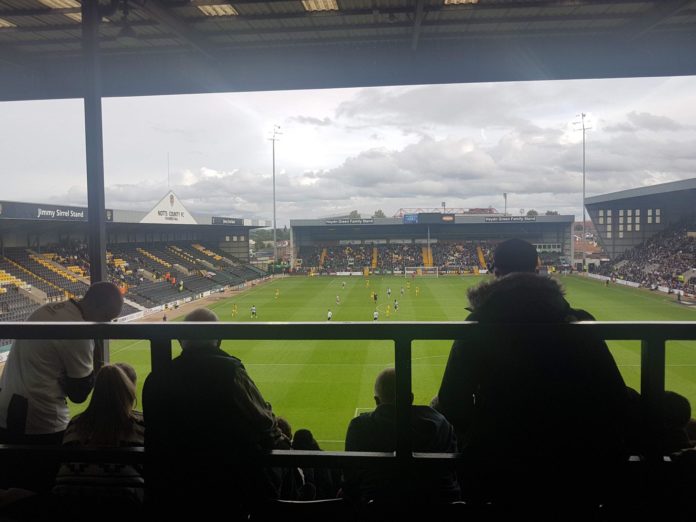 Veteran midfielder Michael Doyle has confirmed that he will remain at Notts County next season after accepting the clubs’ offer to become assistant to Head Coach Ian Birchnall.

The Irishman held the role on an interim basis at the end of last season after Maurice Ross was removed from his role as assistant head coach after he made ‘racially insensitive’ comments about midfielder Enzio Boldewijn, who left the club last week.

Whilst the 39-year-old will continue to be registered as a player, his primary focus will now be to assist Birchnall as part of his backroom staff.

Speaking on the clubs’ official site, Birchnall said: “Everyone knows how well-respected Michael is around the club and throughout the football world.

“The board and I are therefore delighted that he can see the positive direction the club’s heading in, and that he believes Meadow Lane is the perfect place to continue developing his coaching skills.

“Michael is a passionate football person who I have no doubt will go on to have a very successful coaching career.

“I’m excited to give him this opportunity and look forward to working closely with him to deliver what we both hope will be a successful and enjoyable 2021-22 season.”

Doyle has made over 700 appearances in a career that has spanned over 20 years in the professional game.

He had an eventful season last year for the magpies, playing 37 matches, which included a fantastic showing in goal after Sam Slocombe was sent off in the 3-1 win over Dagenham and Redbridge in February, earning him the nickname ‘Schmeichel Doyle.’

On his appointment, Doyle said: “I really like the way the manager coaches and the way he is doing things and it was an opportunity I couldn’t turn down.

“I still feel like I can play but there’s always a time, I’m coming up to 40 now and it’s the next chapter in my life.

“It’s now about helping these lads, helping develop them and helping the club move forward from the staff side.”

One player who will not be at Meadow Lane next season is Jake Reeves, who earlier triggered a clause in his contract enabling him to leave the club with immediate effect.

We're delighted to announce that Michael Doyle is our new assistant head coach! 🤩