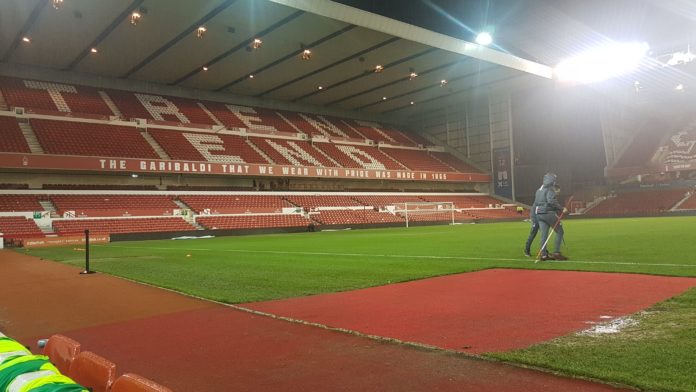 The transfer window has not been open for long, but rumours about potential arrivals to Nottingham Forest have already begun circulating.

Whilst the influx of arrivals at the start of last season ultimately cost Sabri Lamouchi his job at the City Ground, Chris Hughton has a similar building job on his hands as he attempts to pull together a squad capable of fighting for promotion.

The 14 signings made by Lamouchi last summer resulted in the French-born manager losing his job but, having been in the Forest hot seat for the majority of last season, Hughton is aware of the positions in which he needs to recruit.

Forest’s goal scoring threat last season was far below par with just 37 goals in the Championship. Only the Reds’ East Midlands rivals, Derby County (36), scored fewer than those on Trentside.

It is imperative, therefore, that Forest add another striker to their ranks who can provide a regular source of goals.

Jerry Yates, Charlie Wyke and Ryan Longman are three names to have been linked with moves to the City Ground.

Brighton & Hove Albion forward Longman has also been reported to be a possible target for Forest.

Following a loan spell with AFC Wimbledon in League One, with whom he scored nine goals in 52 appearances in all competitions, a loan move to the Championship would be the next natural step in Longman’s development.

Whilst some fans may question his form in-front of goal, the 20-year-old has further arrows to his bow having contributed five assists last season.

Charlie Wyke is another striker to have been linked with Forest but – with Celtic, Cardiff City, Middlesbrough and Millwall all chasing his signature – the Reds have a fight on their hands to gain his services.

The sheer weight of finances behind Scottish giants Celtic will likely trump any offers from Championship clubs linked, but playing time may be limited for Wyke in Glasgow with Odsonne Edouard and Leigh Griffiths regular favourites.

Having one promotion to the Championship with Blackpool, it is little to no surprise that Jerry Yates has been linked with a move away.

His goal scoring exploits – 20 goals in 44 League One appearances – means he fits the bill much more than either Longman or Wyke, but Hughton will be forced to utilise part of his budget should he wish to sign the ex Rotherham forward.

The Tangerines have reportedly set a price tag of £5 million for their 24-year-old striker.

The Reds struggled to score goals, but creating opportunities was not a major problem for Forest last season.

Despite scoring just 37 goals, the Reds had an expected goals tally of 57.3 – meaning they were failing to convert chances that most players would usually put away.

Loanees James Garner and Filip Krovinovic were both responsible for Forest’s increased chance creation in the second half of the season, but Forest will be forced to look for replacements with the creative duo returning to their parent clubs.

Despite making 31 appearances in Brentford’s promotion-winning side, Emiliano Marcondes is looking for a new club having been released by the Bees.

The Danish attacking midfielder is to depart Griffin Park at the end of June and reportedly has a line of potential suitors wanting his services.

The 26-year-old, who scored Brentford’s second goal and was named man of the match in Brentford’s play-off final win over Swansea City, has been linked with a move to Barnsley, Forest and teams across Europe.

Adding Marcondes on a free transfer would be an astute piece of business by Forest and inject further talent into the Reds’ squad.

With a year left on his contract, Stoke City will likely look to tie Sam Clucas down to a new deal or let his services go for a fee.

Blackburn Rovers, Millwall, Forest and recently-relegated Sheffield United have all been touted as being interested in the 30-year-old midfielder.

The Potters have an asking price of just £3 million as they look to grab some cash for his services before losing him for free next summer.

His match fitness may not be 100 per cent, however, having missed large chunks of last season due to injury.

In February he had surgery on a double hernia, but still managed to grab two goals and three assists from 24 Championship appearances.

Whilst Joe Worrall and Scott McKenna proved to be reliable options in the centre of defence, Forest are weaker in the full-back positions.

Tyler Blackett and Jordan Gabriel are the most likely players to feature at left-back and right-back respectively.

Despite this, however, Hughton’s side have only been linked with one defender – a centre-back.

Mathieu Peybernes, 30, has been a long-term target for the Reds having been linked with a move to the City Ground a year ago.

Forest are reportedly understood to have reignited their transfer interest, along with Swansea City, but he seems likely to remain in Spain.

The central defender spent the past season on loan from Almeira at Real Zaragoza and the La Liga 2 side hope to sign him permanently after an array of impressive performances.