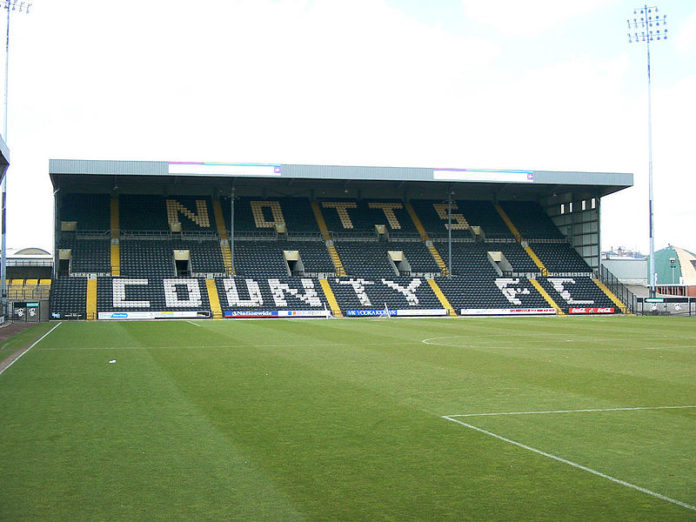 Notts County midfielder Jake Reeves has left the club after the player took up an option to terminate his contract in order to return to the EFL.

The former Brentford and AFC Wimbledon midfielder departs after just one season with the Magpies, scoring five goals in 43 appearances.

The 28-year-old was brought in last season by former manager Neal Ardley and impressed Notts supporters with his consistently high energy levels and calmness on the ball.

Speaking to Notts County’s official website, Reeves said: “I would have loved to have achieved that (promotion) with Notts through the play-offs and was having injections in my foot to get me through the Chesterfield and Torquay games.

“I was gutted we were unable to get over the line.

“Ian Burchnall and I had a chat about my situation last week and I told him it’s a shame because I’ve really enjoyed his style of play.

“Any new players coming in can look forward to really enjoyable day-to-day work with a head coach who puts complete trust in his players and allows them to express themselves without fear of being criticised for getting caught out of position or giving the ball away.

“It’s been really fun and I think the fans have seen that reflected in the players’ performances.

“Looking back on the season as a whole, I think we played some really good, attacking football in the beginning but had a dip mid-season due to injuries and pitches deteriorating. All teams go through spells like that – you have to grind it out – and I think Ian came in and helped us transition from a team that was struggling to one with a serious chance of promotion.

“I truly hope and believe that the lads can take this fantastic football club back to where it belongs next season. I wish everyone connected with Notts County all the best and hope to see everyone again soon.”

Head coach Burchnall added: “While we are of course very disappointed to be losing Jake, no one deserves this opportunity more than him.

“He had a very difficult time at Bradford after joining them when they were flying high in League One and has given his absolute all for Notts County over the course of this season.

“We always suspected Jake would have ambitions of returning to the EFL as soon as possible and we have been planning for this eventuality for some time.

“While he will of course be difficult to replace, we have been assessing several players who we feel could step into his shoes and have identified a number of exciting prospects. These things take time but we’re confident we’ll go into next season with a balanced and strong midfield.

“Everyone at Meadow Lane is grateful to Jake for his tireless performances and we wish him every success in the future.”

Reeves’ departure will be a concern for the Magpies as none of the players who they offered new contracts to have yet committed to the magpies for next season.

The midfielder joins Luke Pilling, Luke Steele, Ben Turner, Damien McCrory, Jordan Barnett and Enzio Boldewijn in departing the club since the end of the season.