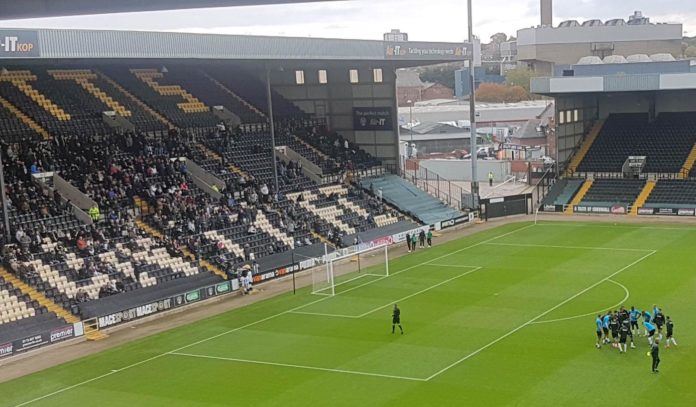 Notts County fans have shared their views on the National league play-off final which saw Torquay lose to Hartlepool yesterday.

Hartlepool won through penalties after the game ended 1-1 in normal time, with Torquay goalkeeper Lucas Covolan scoring the equaliser to take the game to spot kicks in the 95th minute.

Torquay had previously knocked out Notts County in the semi-finals, with many Magpies fans unhappy about the result and a controversial penalty that was awarded to make the game 4-2.

The Meadow Lane faithful made clear that their support was behind Hartlepool, who at the end of penalties had been promoted to League Two.

The result was met by praise and a certain amount of smugness by the black and white army, who over the last week had been sparring on social media with Torquay fans.

Nice one fellas, always next year to win the league at Christmas again😘

Torquay are in the mud pic.twitter.com/fnr09tfPOg

Seen this Torquay supporters? Despite winning the league in December, 2 separate teams have been promoted…🤔 https://t.co/q8aOEnLkmR

Torquay scammed Notts last week with an offside goal and a dodgy penalty, so what goes around comes around. Well done Hartlepool 😀

Some of the other tweets referenced the row over allowing media covering Notts County into Torquay’s ground.

Got all your luck in the semis with the dodgy decisions, it all came home to roost…justice is served, see you next year where I hope none of your media team get let in anywhere, congratulations Hartlepool! 🙌🏻