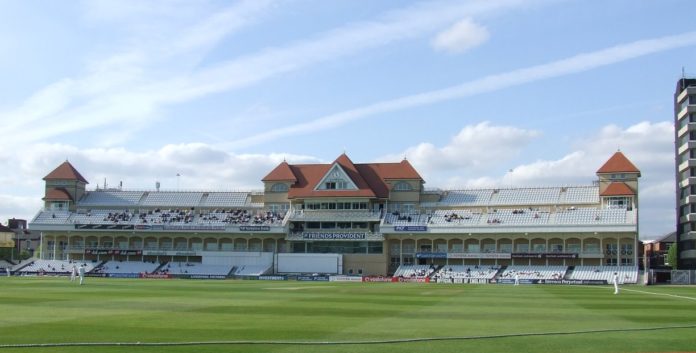 Notts Outlaws will hope to pick up a fourth T20 Blast win in five matches when Worcestershire Rapids travel to Trent Bridge on Tuesday (June 22) night.

The Outlaws were fortunate to tie with Lancashire on June 20 as the hosts failed to capitalise on their early pace.

Lancs openers Keaton Jennings and Finn Allen combined to strike 118 in less than 13 overs as they hurriedly chased down Notts’ 172 total.

As a result they required just 12 from the final over of the game to take the victory.

But Notts icon Luke Fletcher kept his nerve to limit the Red Roses to 11 runs and make sure the points were shared.

Next up for Peter Moores’ Outlaws is a home clash with his former employers Worcestershire.

Leg-spinner Calvin Harrison said afterwards: “Our attitude is massively important to enable us to kick on.

“Pete [Moores] has spoken about making sure we treat each game like a final, and that mentality is coming to fruition.

“Starting with Worcestershire, all the remaining games will be difficult, but we have picked up our form.

“We have been consistent with the bat and have backed that up with the ball.”

The Outlaws drew with Worcestershire in the opening fixture of the 2021 T20 Blast campaign.

Notts looked certain to take victory but their run-taking slowed as they approached the 153-run target.

Reflecting on that fixture in early June, Harrison said: “That first game didn’t go our way, but we have really got into our stride since then.

“We haven’t lost in four games, and that fight, belief and ‘every game is a final’ attitude gives us confidence.

“Of course, they will be positive having clawed back a result in that first game just like we did against Lancashire.

“But in a fresh game, we will analyse them, have a look at the key areas and come up with the plans which give us the best chance of succeeding.”

Supporters can follow the Outlaws from afar on Notts’ live stream here.