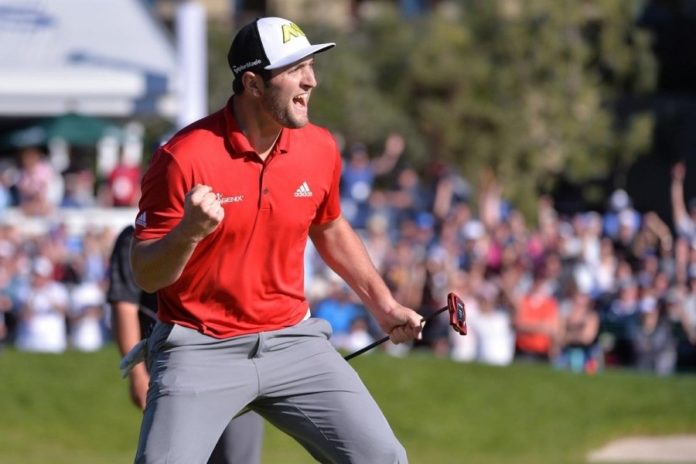 Jon Rahm lifted his first major at the US Open after a final round 67 catapulted him to victory in San Diego, California.

He became the first Spaniard to lift the trophy in the 121st edition of the event.

Fifteen days earlier, his plans to challenge for his first major trophy were in doubt after testing positive for Covid-19.

This denied him what was almost a certain win in the Memorial Tournament in Ohio.

He held a six-shot lead going into the final round of that tournament, but had to withdraw when a test was returned positive, as per PGA regulations.

Rahm was able to return from isolation prior to the US Open after returning two negative tests before the first round on Thursday, and finished the week six under par, beating South African Louis Oosthuizen by one stroke.

Nottinghamshire’s Lee Westwood finished seven over par for the week, a tie for 46th place.

On a day where most contenders struggled on the back nine, Rahm demonstrated his remarkable consistency, churning out pars as his rivals dropped shots.

The Basque native then nailed two difficult putts to pick up two birdies to finish his round one shot ahead of overnight leader Oosthuizen.

Playing in the final group, the South African knew that he had to leave himself in contention going into the par five 18th, but bogeyed the 17th and needed an eagle on the last to force a play off.

He was unable to reach the green in two, handing Rahm the trophy.

The 26-year-old Spaniard became a father for the first time in April, and new son Kepa joined his father on the course for the celebrations.

Reigning champion Bryson Dechambeau looked in good shape to defend his title after a good showing on the front nine put him in a one shot lead.

Big driving Dechambeau, on five under through 10, was one shot ahead of a host of players, including Rahm, Oosthuizen and Northern Ireland’s Rory McIlroy.

Mistakes from Dechambeau on the 11th, 12th  and 13th ended his challenge along with many others in the toughest part of the course and it became clear that the winner would be between Rahm and Oosthuizen.

The next major championship is the British Open in September, which this year will be held at Royal St.George’s in Kent.