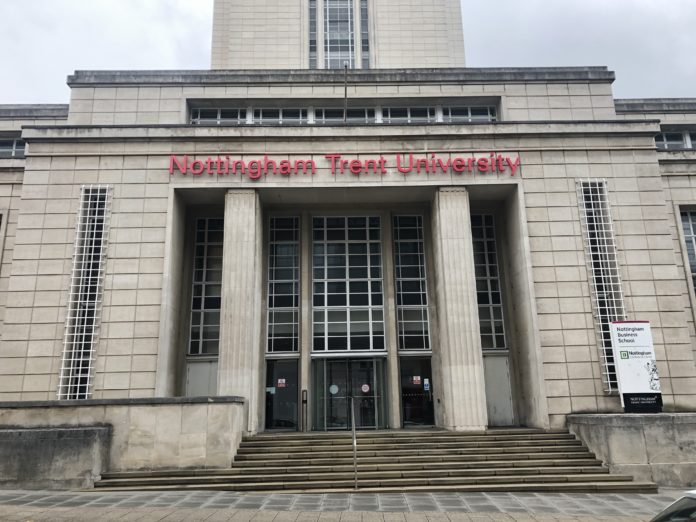 Nottingham Trent University (NTU) figures shows the number of Covid-19 cases in between October and December among both staff and students.

An NTU spokesperson explained a seven-day average as being the “total amount of positive tests recorded within a seven day period, e.g. the figure on 7th of the month would show figure for all positive tests from 1st – 7th”.

Students self-isolating had to continue learning via online.

NTU student Maisie Southon, 20, had to self-isolate with her housemates for 21 days during October.

When asked about the support provided from the university, she said:

“Nothing much, I just had to fill in a track and trace and the university allowed me to continue online.

“The university didn’t really speak to me and I wasn’t given any one to ones with my tutors.

“I feel this hindered my learning for a period of time as I was receiving limited support.”

The university campuses remained open during the pandemic and Lateral Flow Tests and home test collections are offered to staff and students until the end of this month.

Students on campus are recommended to take the Lateral Flow Test twice a week at a minimum and face covering is mandatory inside university facilities.

Southon lived with seven others, two of which tested positive at different times, pushing the two-week self-isolation period further back.

“Our house could’ve taken the test at once and we wouldn’t have had to isolate for 21 days.”

The data was released at the end of term 1.

“Our data changes daily and is quickly out of date.

“Over the course of Term One we did not want our numbers to increase any potential anxiety or to generate a false sense of security amongst our community.

“COVID-19 measures should be applied and followed regardless of how many cases are reported.

“We said we would keep our position under review, and now consider that we should release historic data for the whole of Term One.

“This allows colleagues to see the overall picture of the rise and fall in cases, rather than a snapshot.”