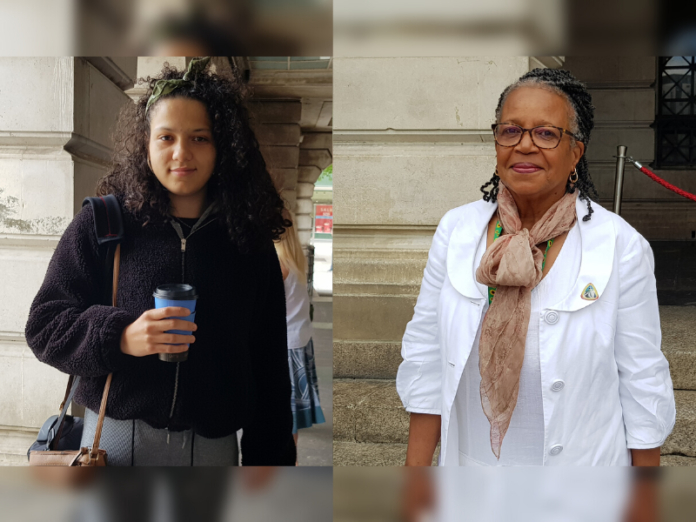 Members of Nottingham’s Caribbean community have spoken about the importance of recognising the contributions of the Windrush generation in the UK.

The first Windrush Day took place in June 2018 on the 70th anniversary of the Windrush migration.

The Windrush generation travelled to the UK following a successful campaign led by Patrick Vernon on 22 June 1948, where Caribbean people were brought to Tilbury Docks, Essex on the Empire Windrush ship.

But a national scandal unveiled in 2017 found that hundreds of Commonwealth citizens from the Windrush generation were wrongly detained and deported causing widespread shock and outrage.

And many guests at the event believe the damage caused by the scandal cannot be fixed by just a day of celebrations which recognise their contributions.

Bettina Wallace, 68, from Jamaica said: “I don’t think it will ever repair the damage.

“I had to apply to become a citizen of a country that I was born in so no amount of compensation will ever repair the damage caused.

“I think this event is important to the British community because I was born under the British flag.

“I saw myself as British, but they saw me as a Commonwealth citizen so I think it’s very important that people can be educated that we are not just foreigners – we belong to this country.”

Jaya Gordon Moore, 22, is of Jamaican/Irish descent and works for a charity that empowers black youth.

And she believes the event cannot be seen as an apology for the scandal.

“It’s got nothing to do with the government saying sorry as it’s run by the black community,” She said.

“When you think of Windrush a lot of people think about the Windrush scandal and all the negative stuff so I hope this event shows the positive side of the Caribbean community.”

One of the guests speaking at the event was City Council boss David Mellen, who told CBJ News: “The scandal that happened in the last few years is a real blite and a slap in the face for those people who left their country to come here and those that followed.

“It’s absolutely right that we remember and keep fighting for justice in these circumstances.

“We must also continue to remember the contribution that people from the Windrush generation and the African, Caribbean community have made to our country and continue to make because they’re a really important part of Nottingham.”

When asked what could be done to repair the damage caused by the scandal, Councillor Mellen was particularly critical of the UK government.

He added: “I think we need to change the hostile environment, that’s particularly articulated by the Conservative government and Priti Patel as the Home Secretary, whose family have come from abroad herself.

“They need to recognise the fact that British history is not full of things that we should be proud of and there are many ways we’ve treated other people around the world, which we should be ashamed of.

“We should also continue to fight for justice and equality and inclusion for everyone in this country.”