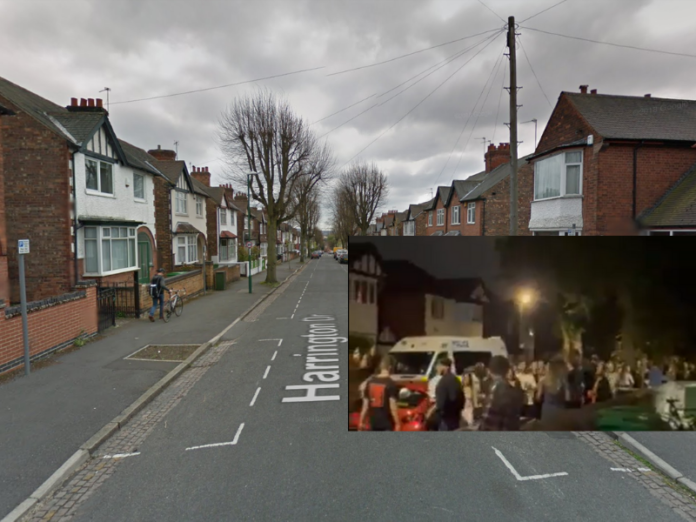 A large group of people have been filmed partying and chanting in the early hours of the morning.

Pictures and videos of the scene show the crowd singing an England football song and loudly chatting among themselves on Harrington Drive in Lenton.

Under cover of darkness, frustrated residents who were trying to get to sleep can be heard telling the group to “shut up.”

A video of the incident shows that a police van had pulled up on the road with officers attempting to disperse the gathering.

A Nottingham Trent University spokesperson said: “We have been made aware of an incident in Lenton and are investigating as a matter of urgency.

“We are liaising with the police and looking to establish the identity of the people involved.

“If it is established that any of the individuals are our students, we will take swift and appropriate disciplinary action under our student code of behaviour, which can involve up to and including exclusion.”

“This antisocial behaviour is completely unacceptable.

“I’m not at all surprised that local residents, many of whom will be students, are furious, having repeatedly raised similar concerns many times before.

I will be pressing the two universities for an urgent meeting, alongside local Police, to discuss the outcome of their investigations and the action they intend to take – both to respond to this incident and prevent further incidents in the future.
“However, Lenton residents have been here before and many have no confidence that things will improve. This has to change.”