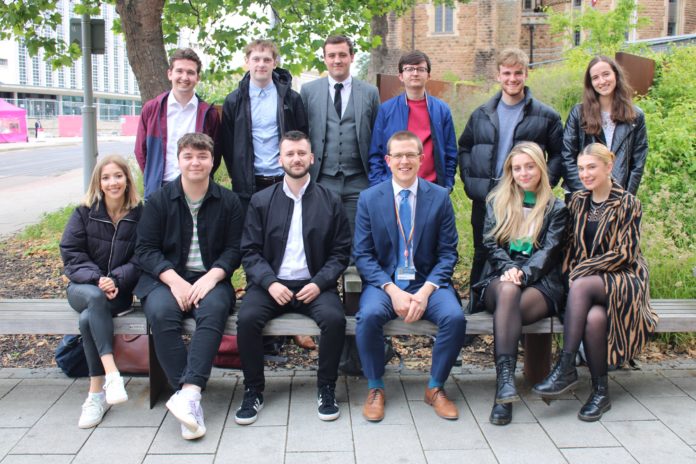 I’m sure people are tiring of me telling them how I always wanted to be a journalist – but it’s true! Some will counter my claim by asking why I decided to do a completely unrelated undergraduate course before making the decision to finally follow my heart and enrolling in News Journalism at Nottingham Trent University.

The truth is that I never thought I was good enough to be a journalist but after the skills I’ve developed and the standard of teaching I’ve been lucky enough to be exposed to that’s definitely no longer the case.

I’m not ashamed to admit that on the first week I couldn’t write and would most likely have been laughed out of any newsroom in the country. But after spending the year refining my writing style I’m proud to show off that I have multiple stories published by newspapers up and down the country.

I can now look back at my time in education as a success after initially thinking I’d made all the wrong decisions prior to starting News Journalism. I feel I can attribute my achievements to hard work rather than luck.

For instance, a story that I’m very proud of was my council story which was published by Nottinghamshire Live. The story was about an investigation into the sexual abuse of children in care homes by staff. I found that story after a lecture about finding stories in council meetings and that is something that I will continue to use in my career.

Another skill I believe I’ve more than mastered is sending off Freedom of Information requests (FOIs) which always impress editors. Using FOIs, I’ve found a private lynx owner in Plymouth, I’ve uncovered the staggering amount of animal testing that occurs in UK universities and revealed just how many prank calls the fire brigade are faced with.

My favourite module on the course was News Journalism Skills and Digital Production. This part of the course made me feel like I was a real journalist and made sure I would be one by the end of my studied. From video editing to learning how to take the perfect news photo all the skills were really interesting and important.

The aspect of the course I’ve struggled with most has been shorthand. Although I managed to pick up the skill of using shorthand quickly the speed building always hampered my ability to progress with it. In the end I was proud to achieve my 60 words per minute certificate but it is certainly a skill I will be looking to build on now I’m a reporter.

Media law was also an area I found difficult and it took a lot of work to make sure I was prepared for the exam. Now that I have passed my law exams I feel prepared to enter a news room with a competent amount of knowledge regarding the law which is so important.

Now my studies have come to an end I can look back at my time at NTU and know that I’m ready for the newsroom. Mainly because it already felt like a newsroom and I feel like I’ve been a real journalist for the last year so stepping into the real newsroom will be a walk in the park.